***This price includes guide service, transportation to and from hunting location, all necessary decoys/calls, loaner gun***

We will have between 20 – 30 birds for sale each turkey season, this is a first come first serve basis. We will not hold birds without a deposit. Anyone wanting to book a turkey trip needs to do so as soon as possible as these birds do not last long. 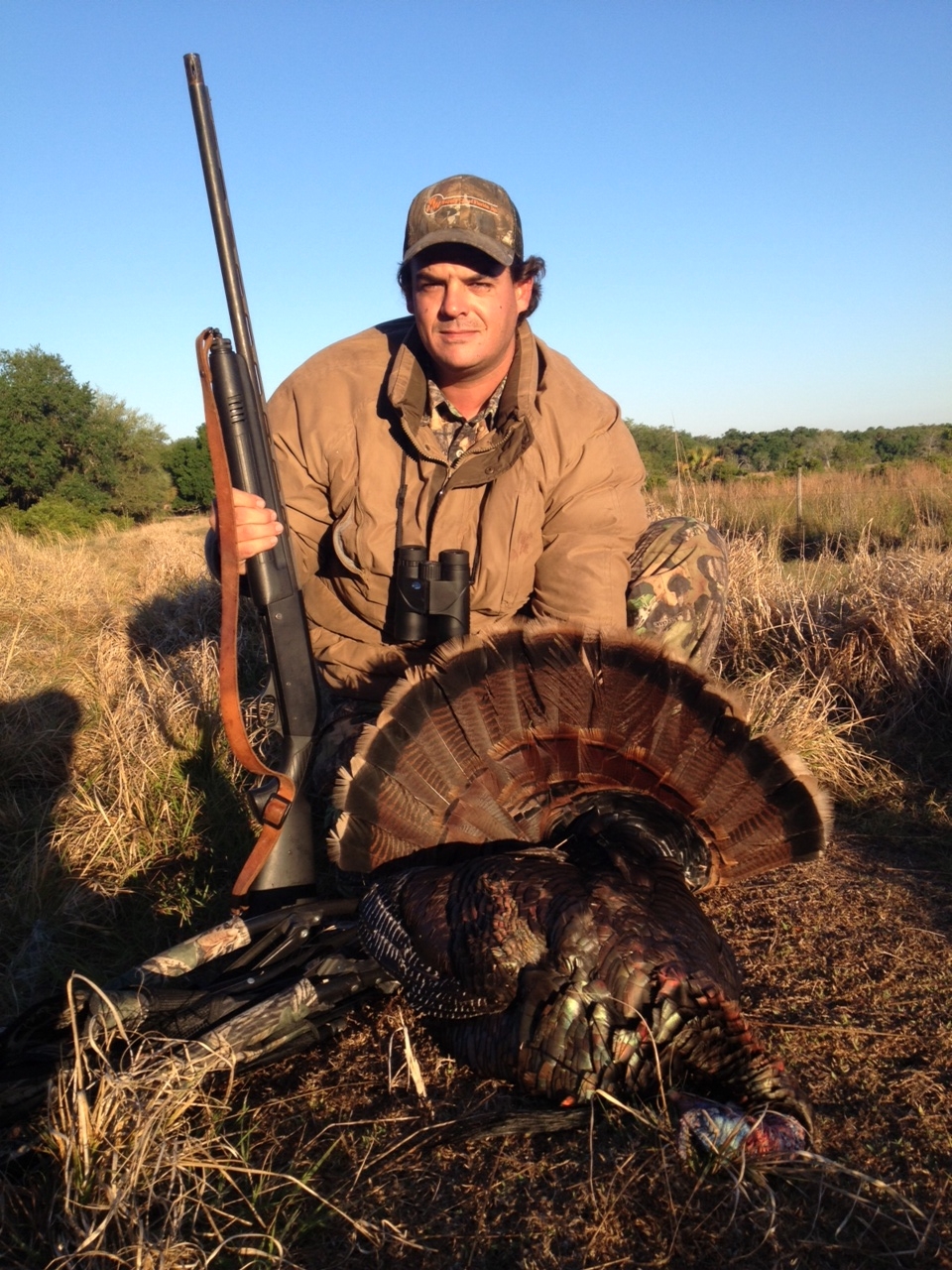 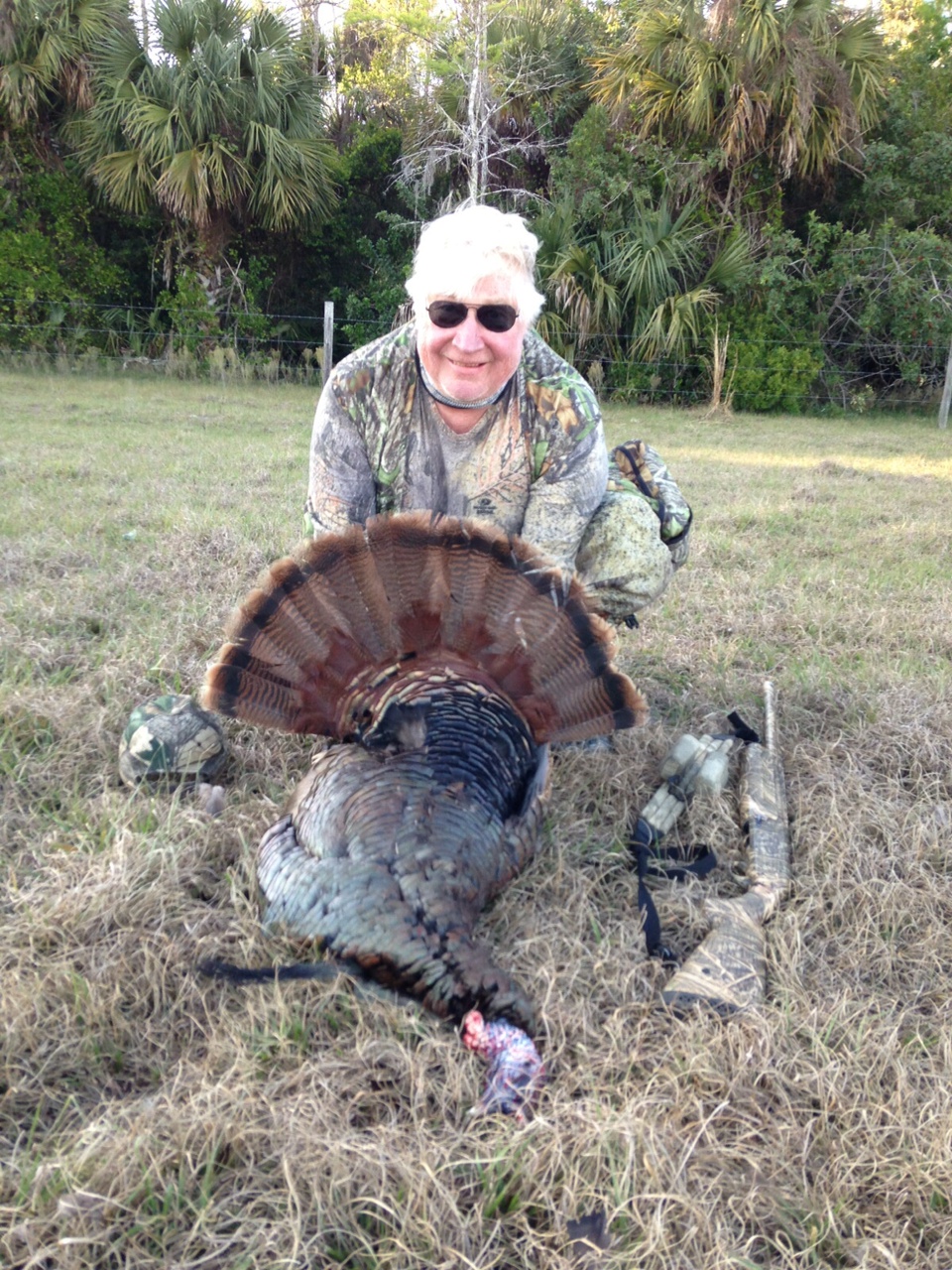 Every Turkey reserved must be accompanied by a $500 deposit

In order for customers to get a full refund of the deposit cancellation must occur more than 30 days from the trip date.
Osceola Turkey Facts

One of the most coveted and sought-after game species in Florida is the Osceola turkey, also known as the Florida turkey. This unique bird is one of five subspecies of wild turkey in North America.

The Osceola lives on the Florida peninsula and nowhere else in the world, making it extremely popular with out-of-state hunters. It’s similar to the eastern subspecies (found in the Panhandle) but tends to be a bit smaller and typically a darker shade with less white barring on the flight feathers of its wings.

The white bars on the Osceola are more narrow, with an irregular, broken pattern, and they don’t extend to the feather shaft. It’s the black bars of the Osceola that actually dominate the feather. In conjunction, secondary wing feathers also are darker. When the wings are folded across the back, the whitish triangular patch formed is less visible on the Osceola. Osceola feathers also show more iridescent green and red colors, with less bronze than the eastern.